A few people have asked me about statistics on tweets at the International Coral Reef Symposium. You can actually download all tweets that match a certain search term and analyse them using R. I used the twitteR package to access tweets that mention the hashtag #ICRS2016 (via a custom app created in my twitter account) .

There were a very large number of tweets, so I limited the date range from 18th June until 25th June.

I then ran some analyses. Here are the results.

The top tweeters are pictured below, including the number of tweets and RTs they made: 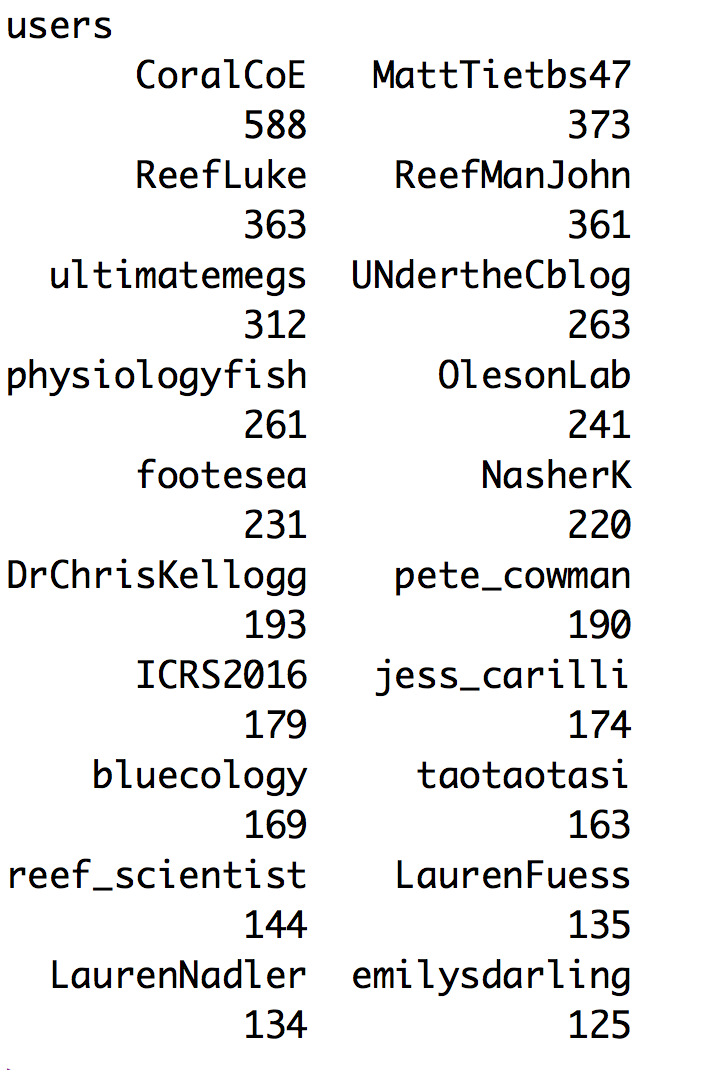 It was not possible to determine how many of the handles were actually at the conference, because most were not geo-tagged. Most handles only participated by retweeting something once. In fact the tweet-frequency curve looked something like the species-abundance distribution from Nancy Knowlton’s talk about rare invertebrate species on reefs: 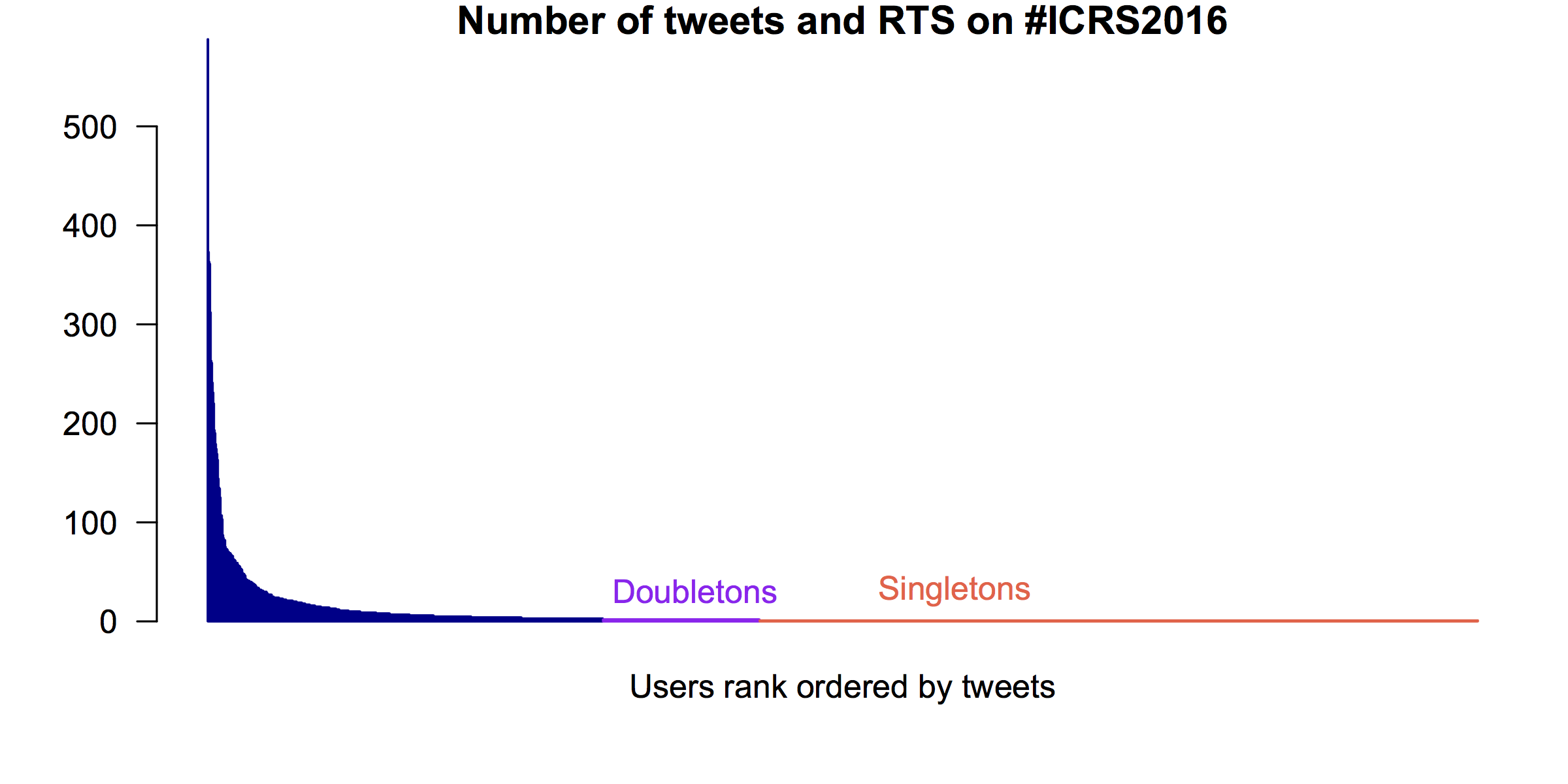 Prof. Terry Hughes had the honour of the most retweeted tweet, with 111 retweets:

A plot of the tweet and RT time-series shows distinct peaks during mornings and afternoons at the conference, with a break at lunch time and during the night: