Dr George Roff led the study of data from Queensland’s shark control program, dating back to the 1960s. We report on declines in hammerhead and white shark catch of 92%, decline in tiger shark catch of 74% and declines in large whaler species of 82%. 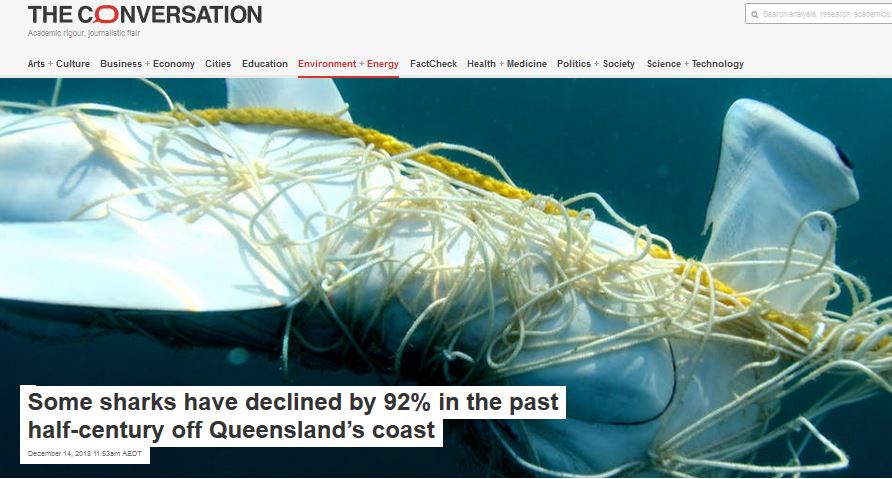 Image: Article in The Conversation

Shark attacks are currently a contentious issue in Australia, and many have been calling for increased culls because of a perception that there is a ‘plague of sharks’. Our study finds that large shark numbers are actually at a historical low.

The study ignited a national conversation about shark conservation, with study lead, George Roff, putting in a huge effort to meet as many interview requests as possible.

Here’s a sample of some the media coverage:

You can read the study at Communications Biology (which is open access) or at our article in The Conversation.