One issue that often comes up in analysis with linear models is under or over dispersion.

For instance, if you are fitting a linear regression model, you are assuming the residuals (difference between the line of best fit and the data-points) are normally distributed. Residuals are said to be overdispersed if they are ‘fatter’ in the tails than a normal bell curve. Whereas, if the residuals are too peaked in the middle, they are said to be under-dispersed.

If there is under-dispersion the opposite is true, your p-values may be too high. P-values that are biased high can be a problem, because they will give you low power to detect real effects.

So, let’s take a look at under and overdispersion. First, up here is a normal bell curve: 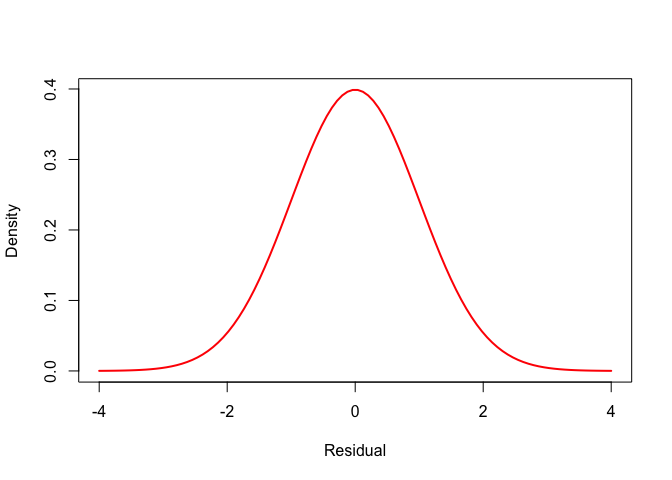 Now, we can add an over-dispersed curve to that. Here is one, calculated using the Student t distribution: 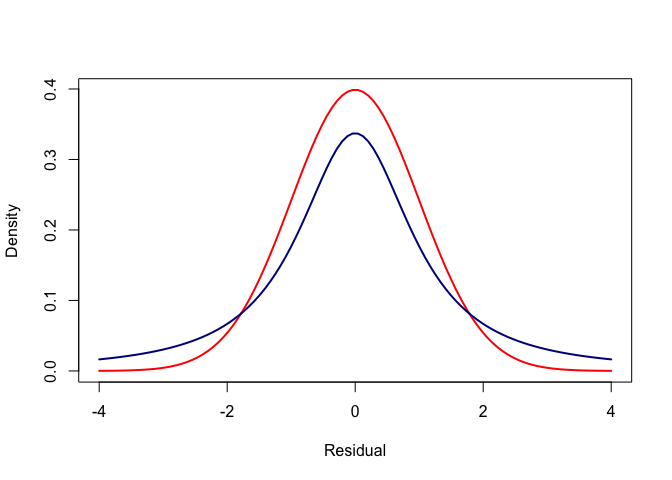 It wouldn’t matter how large we made the standard devation of the normal curve, we would never get it to match the Student-t.

Now plot them all together: 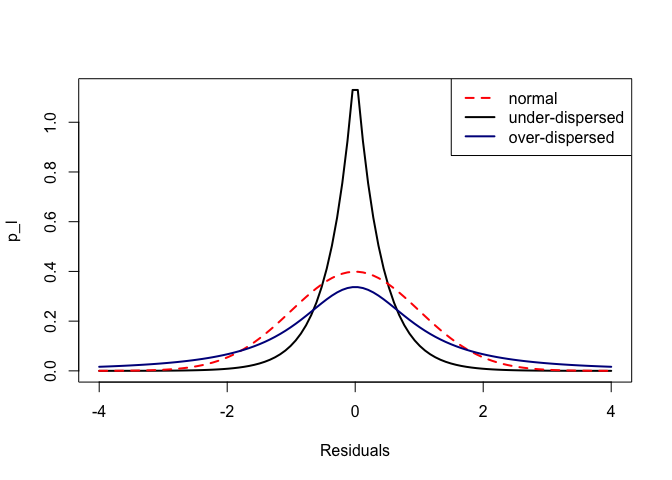 Here’s what they look like if we sample measures from each distribution and plot them on a normal QQ plot, which you may be familiar with. It is one of the standard checks of model residuals: 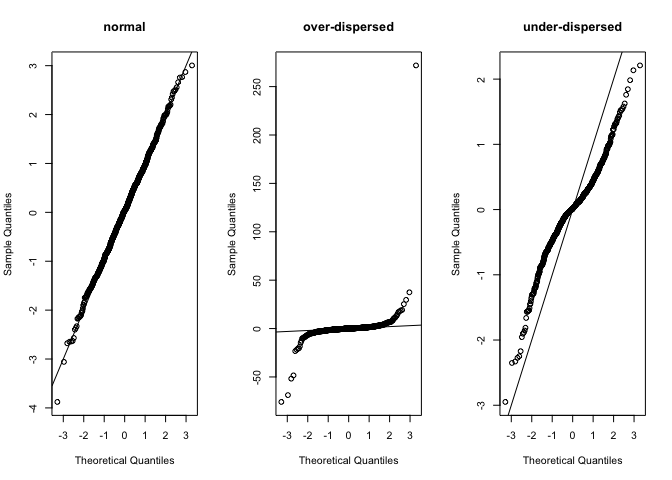 Playing around with the parameters for each distribution should help your understanding. For instnace, if you set the scale for the Laplace distribution to a larger number it will become over-dispersed, because it gets fatter tails than the normal (despite being more peaked at its mode).

Under-dispersion is more common than you might think. It can occur when you have a censoring process. For instance, perhaps you machine can only measure length’s to a certain precision and any distance that is to small gets rounded down to zero.