How long does it take to write for major national grants?

During “grant season” (~Dec - March in Aus) you might find your colleagues bemoan all the work they have to do writing grants, or turning down meetings because they are too busy. I certainly felt that way writing for a major Australian Research Council grant this year.

But, I wondered how much time does it take to write for a national grant scheme. Since October I have been logging the hours I spend on different projects, like a consultant, in an effort to gain data on project time and improve my time-management. I added up the time I spent writing for an ARC grant, where I was lead author, and the answer surprised me: 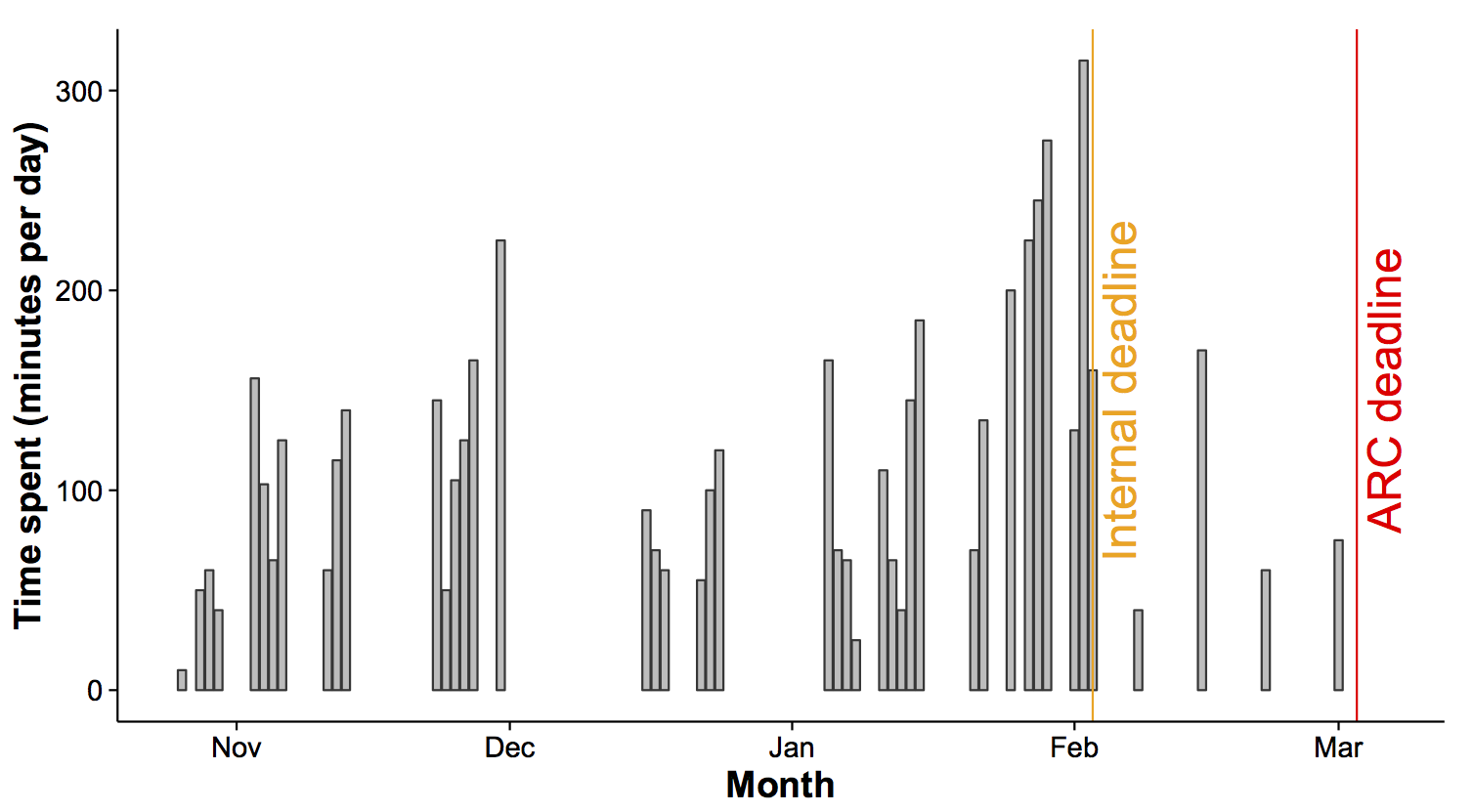 Time spent by days writing for a grant </a>

A few caveats on my estimate, which is certainly an under-estimate. It counts writing, formal (organised) meetings with co-authors, budgeting, some reading and all the administrative stuff. The time doesn’t count emails, reading papers, or time thinking while bike-riding, walking the pram, trying to go to sleep etc…

The time also doesn’t count time from my colleagues. The grant includes significant input from 3 collaborators and numerous reviews from non-collaborators and research office staff. Also, I started records in November, so prep work before hand (including an internal pre-review) isn’t counted here.

Some further context for this grant. There is likely to be considerable variability for different people and projects. I am an early career researcher, so maybe my time is slower than more experience researchers, or better writers. However, I did put in for an ARC grant last year so I had a head start on some of the sections about your CV and research contributions. I am also familiar with the ARC format, something I spent a considerable amount of time figuring out the first time I put in for a grant.

My grant is also modelling focussed, so that probably saved me some time in the budgeting step, as that could get very tricky if there was lots of field work to budget for. 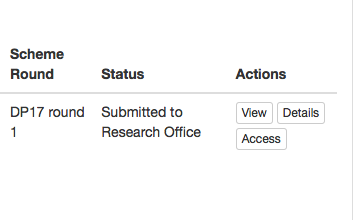 12 days doesn’t sound like as much as I was expecting. However, maybe the raw numbers under-estimate the mental effort that goes into grant writing. I probably have at most 3-4 hours maximal mental effort per day, which makes the grant look more like a month’s solid work, using the best hours of the day.

I will be interested to hear how much time other people (tweet me) spend on grants and whether my numbers sound reasonable.

As a footnote, the message you get when you finally hit submit is rather disappointing (see image). Consider that it takes ~33 hours of climbing to ascend Everest from base camp and you will be rewarded with a view from the top of the world. Or for a computing analogy, if you complete a computer game you are usually rewarded with a video and the solution to the game’s story. It takes only about 13 hours to complete some of the best selling computer games. Obviously the final rewarded is receiving the grant and successfully investigating your ideas, but that is a highly uncertain outcome (~15% success rate for ARCs) that is years down the track. It would be nice if online grant submissions unlocked some kind congratulations page.